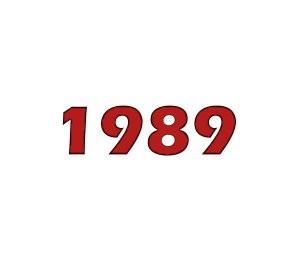 On April 14, 1989 the number one hit in the UK music charts belonged to The Bangles and Eternal Flame. A really beautiful ballad that later on was covered appallingly badly by Atomic Kitten. At the time that Atomic Kitten’s cover version of Eternal Flame was out in the UK, The Bangles were doing a tour of the UK. I saw them in London and when they played this you could sense the relief of the crowd to hear the proper version of the song once again.

The same song had only just left the number one slot in the USA Billboard charts and had been replaced by Roxette and The Look.